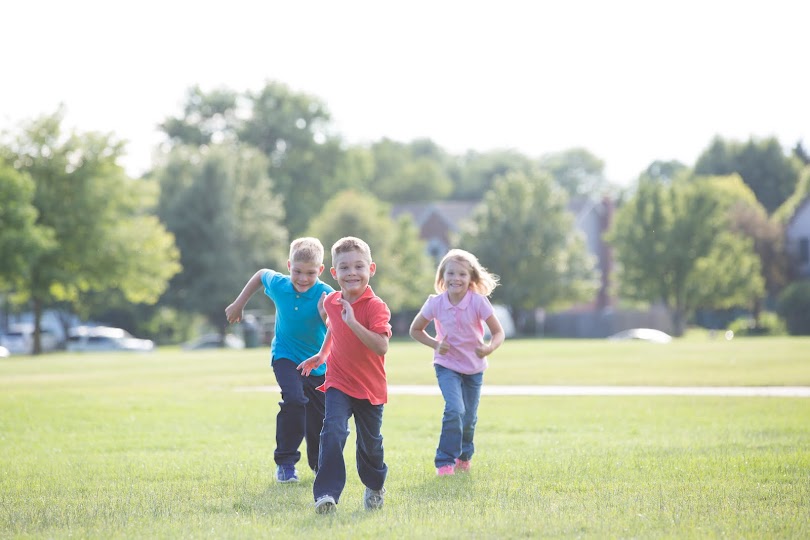 Kindergarten.... ARE YOU READY?

Tomorrow the triplets start kindergarten. The famous question is, “Are you ready?”.   Well, I am. I guess every major transition in the kids’ life will give us these feelings, but this one especially. I think when they start middle school, high school, college, and then off to their career, and starting a family… there will always be worry. Always anxiety. Don’t get me wrong. There is a bit. But, we are ready. We are prepared.


If you have read any of this blog, you will know we’ve been through a lot. Could our journey have been worse? ABSOLUTELY. But I cannot understate where we have come from.


And so, let me tell you about our Kindergarten readiness. It starts all the way back going through infertility treatments, and our first ultrasound. 3 heartbeats. OH LORD, I thought to myself. I just want them to be healthy. Most of all, I just want them to live to their fullest potential, and for them to be healthy. Deep inside I knew we were in for a challenge. I can’t tell you how. But I knew.


Fastforward to 30 weeks pregnant. On the dot. We hit the delivery room. Lilly had absent end diastolic flow, I was in full blown pre-eclampsia, and my organs were saying “enough is enough”. The epidural and block were both unsuccessful, so under anesthesia I went. I woke to a whirlwind of emotions. Not only because I had anesthesia, but as I rolled into the NICU in my bed to see our babies they were far smaller than I could have imagined. Only Lilly was not on the vent. Little did I know at that time Grey had to be recessitated in the delivery room. And so it began. Our NICU journey.


The story is similar to many premature infants. Ups and downs with Lilly and Owen. Owen didn’t like to breathe through his reflux, Lilly had a firm belly for weeks because she was not a regular pooper. All had murmurs. Grey, he had other issues. He waxed and waned on the side of a  40 story tall building many nights. When I say that tongue and cheek… Know those were terrible days. Days where you can’t catch your breath from crying, you can’t even explain to your family what is going on because it was  too painful. You think that the next corner he turns has to be better. When it’s not, you feel like you could lean over and puke in the trash can. Set back after setback in the NICU, surgery after surgery the adventure continued. I don’t know how it feels to actually lose a child, but that is the only thing I think could feel worse.


There was one particular conversation that I had with Becca, (one of Grey’s nurses). A conversation that I didn’t know if I wanted to have, but knew I need to set my expectations. After he had his ostomy take-down, and his intestines put back together in September he was very, very ill. His liver was failing, his kidneys were not happy. He was not coming off the ventilator, and really… wasn’t even oxygenating well at all.  He had a wound infection, and a wound vac. My first goal of getting Grey home before Halloween was not going to happen. As a nurse, I know that talking about long term goals with an ICU nurse is really not realistic when survival of each minute and hour is most critical at that moment. But we had a very real conversation. I made a goal of Grey coming home by Thanksgiving that year. He achieved this! But also, I wanted Grey to be caught up developmentally by kindergarten. The first goal, was a short term goal. The Kindergarten goal… I thought of it as a long term goal, but many would say, that was a stretch goal.


Well, we did it. HE did it. Are we ready? YES! We have been working since September of 2010 to get to this place. We did physical therapy, occupational therapy, speech therapy, developmental therapy, on and off since he came home from the hospital in November 2010. He came home from the NICU taking NOTHING by mouth. 100% tube fed. He worked. He worked his little self as hard as he could to get to where he is. He was in near liver failure when he was released from his NICU stay. He has recovered. He had terrible strabismus (crossing of eyes) when he came home. He had 2 surgeries to correct this. At almost 6 months old when he came home, he could only break gravity to look at his hands. He worked for every single developmental milestone he hit; including some of the basics of life like eating.


Kindergarten, so are we ready. HELL YES. We are ready. These kids have fought some odds. They have overcome. Am I sad? I’m not. Am I nervous? I am a bit. But I know we have done all that we could have, to prepare all 3 of these kiddos to be where they are. Most of all; I am proud. I am proud of him. I am proud of Lilly and Owen. I am proud of Todd, who is usually my voice of reason, the rock that keeps the optimism flowing in this house. I am gracious to all that have helped us to get where we are. From all the doctors and nurses at St. Vincent, to all of our first step providers, Feeding Friends in Fishers, and our friends, and our FAMILY. I don’t say it enough. Our family has largely been a key to our success. Their help, their encouragement, their faith has been splendid. I am thankful; thankful for every one of my bosses for having patience with me through the rough times. I am thankful for Todd’s bosses throughout the years that never batted an eye when he was absent, or attended appointments with us. We pray the best is yet to come.


Tomorrow is a celebration of the next milestone. Cheers to the next step in our lives!
Posted by Tiff at 11:24 PM